A graduate of Xavier Junior College of Sydney, Nova Scotia and the University of Manitoba, Major-General Lewis MacKenzie is celebrated for his lessons on leadership, years of expertise on conflict resolution and delivery of humanitarian aid under the most difficult of circumstances. During his military career, he served nine years in Germany with NATO forces and commanded peacekeeping tours of duty in the Gaza Strip, Cyprus, Cairo, Vietnam, Central America and most prominently known for his committed efforts in Sarajevo in the former Republic of Yugoslavia under the United Nations Protection Force in 1992. He has received worldwide publicity and acclaim for his personal involvement in organizing and directing the delivery and distribution of humanitarian aid brought into Sarajevo during this period, while at the same time negotiating between the warring factions on behalf of the United Nations.

As Fort Henry’s Honorary Guard Commander, Major-General MacKenzie serves as a role model to preserve and promote both the Fort Henry Guard and Fort Henry. 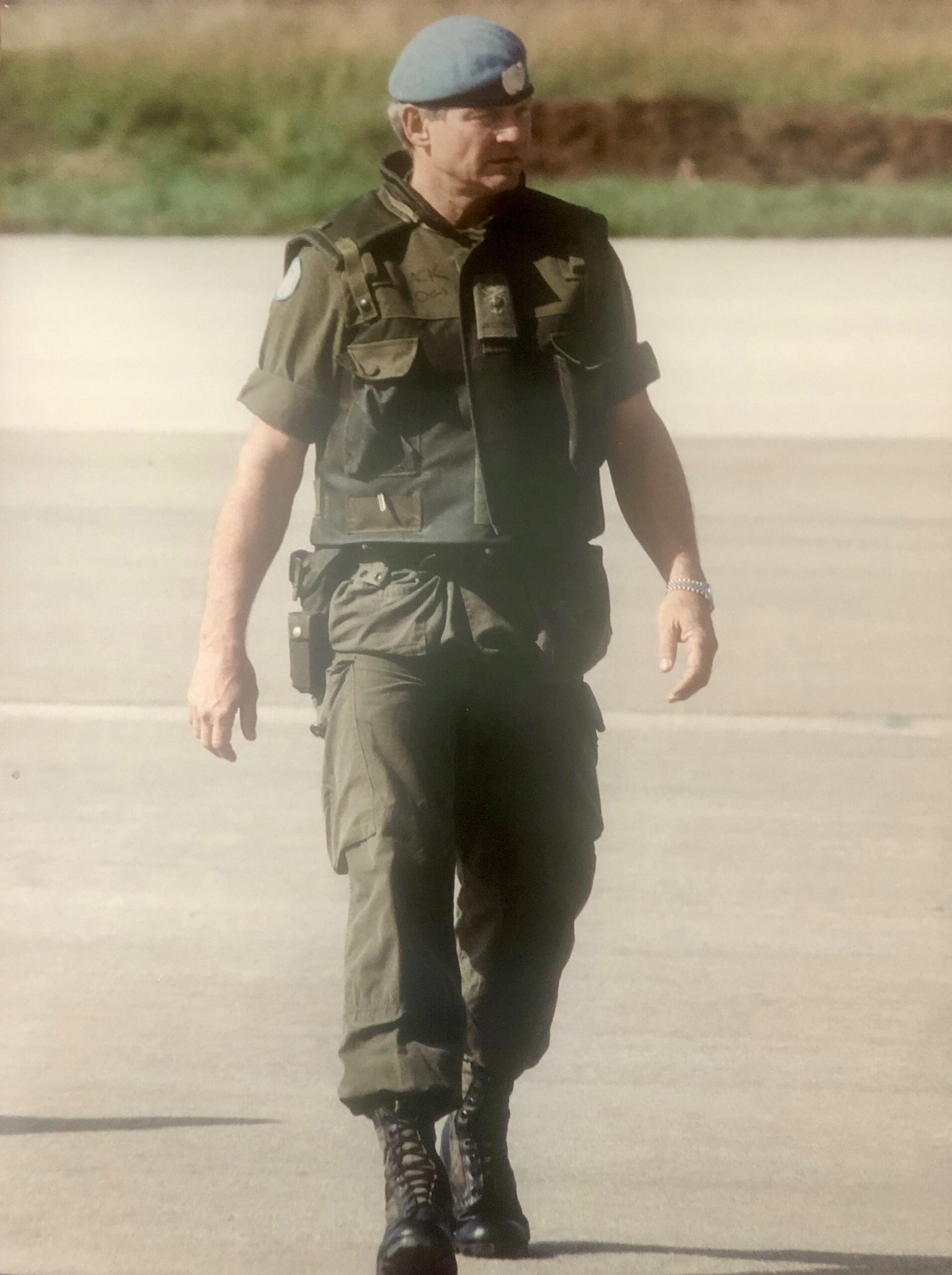 The Regimental Band of the Royal Hamilton Light Infantry

The Regimental Band was first formed in 1866 by Peter Grossman as the 13th Battalion Band at the request of the Commanding Officer of the 13th Battalion Voluntary Militia. It traces its roots to the Hamilton Artillery Band formed in Hamilton in 1855. It is the oldest enlisted band in Canada.

The Band has played a very important part in the ceremonial celebrations of Hamilton throughout the 20th century performing for King George VI and Queen Elizabeth (the Queen Mother) during their official visit, twice for HRH the Prince of Wales, as well as the Her Majesty the Queen in 1998 and 2002. The Brass Quintet of the RHLI also played for HRH Prince Philip, our Colonel-in-Chief at the Duke of Edinburgh’s awards at the Royal York Hotel. In September 2012, the band played for HRH Prince Edward during the Trooping of the Colours.

In June 2016, The Band of the Royal Hamilton Light Infantry was very honoured to be asked, by the Colonel Commandant of the Rifles – Lt Gen Nick Carter – to participate in the Rifles “Sounding Retreat” on Horse Guards Parade for His Royal Highness Prince Philip, Duke of Edinburgh.

This was the Bands third performance in London in its 161 year history having performed in 1908 for King Edward VII and also Beat Retreat at Chelsea Hospital in 2002, and this event would mark the first time a Canadian Military Band has performed a “Sound Retreat” on Horse Guards Parade.

The 14th Director of Music is Capt Ryan Baker, CD, the BSM is Sgt Genevieve Wong, CD and the Drum Major is Sgt Adam Malseed, CD.

Located at Garrison Petawawa, the 2nd Canadian Mechanized Brigade Group Pipes and Drums has a varied history that dates back to May 1954 when it was first established as the Pipes and Drums of the 2nd Battalion Canadian Guards. Since this time, the band has evolved with the changes of the Canadian Army, falling under the 3rd Battalion Royal Canadian Regiment in 1970, the Special Service Force in 1977, and since 1995 - the 2nd Canadian Mechanized Brigade Group in. 2 CMBG Pipes and Drums appear by kind permission of the Brigade Commander, Colonel J.A. MacKeen. The band is under the direction of Pipe Major, Sgt Josh McFarlane, Drum Major, Cpl Allie Whalen, and Drum Instructor, Cpl Walter Gammeter.

The 8 Wing Pipes and Drums were officially formed in January 1963 as the RCAF Station Trenton Pipes and Drums, now under the command of 8 Wing Trenton. The band is a Canadian Armed Forces Military Support Pipe Band comprised of members of the Regular Force, Reserve, and civilian volunteers from the communities of CFB Trenton and Quinte West, Ontario.

The Windsor Regiment (RCAC) was formed in 1936 as the Essex Regiment (Tank). As the only armoured regiment in Canada that was originally formed as a tank regiment, the Windsor Regiment was the first to be authorized to wear the distinctive Black Beret now worn by the Armour Corps. During WWII – members of the Regiment in Europe were tasked to assemble Canadian made vehicles in Europe because of their unique civilian skill set as GM workers!

The Rob Roy Pipe Band and Highland Dancers of Kingston, Ontario is a strong community organization with a long history of offering instruction in piping, drumming and Highland dancing. The pipe band was established in 1953 and in 1962 the dancers were founded and since then have been an integral part of the organization.

As one of only a few permanently integrated band and dancer groups, Rob Roy is in high demand for performances throughout Canada, the United States, and Scotland. The group is under the direction of Pipe Major Scott Bell, Lead Drummer Chris Bell and Dance Director Heather Nicholson.

The Princess of Wales' Own Regiment Foundation Pipes & Drums provides Highland pageantry with military tradition first and foremost to the Princess of Wales’ own Regiment (PWOR), performing in the city of Kingston and surrounding communities. The band is rooted in the First World War where the 14th Regiment (Princess of Wales' Own Rifles) would amalgamate with other Ontario regiments to form the 21st Battalion Canadian Expeditionary Force. In 1992, the Band officially relocated to the Kingston Montreal St. Armouries where it remains to this day.

The 8 Wing Pipes and Drums were officially formed in January 1963 as the RCAF Station Trenton Pipes and Drums, now under the command of 8 Wing Trenton. The band is a Canadian Armed Forces Military Support Pipe Band comprised of members of the Regular Force, Reserve, and civilian volunteers from the communities of CFB Trenton and Quinte West, Ontario.

Appearing by kind permission of 8 Wing Commander Colonel Ryan Deming, the Pipes and Drums are under the direction of Pipe Major Sergeant Alan Buchanan and Drum Instructor Sgt Mark Passmore.